About "The Gold of Fairy Rock"

Fairy Rock is a mythical offshore island (based on Ailsa Craig, a real island whose name means the same in Scottish Gaelic) where six people lead a primitive life almost completely cut off from the rest of the world. The novel tells the story of how discovery of gold on the island leads to invasion and a re-shuffle of the inhabitants' relationships.

Tragedy ensues, the gold being in large part responsible, but from what might have been the wreck of the island's own brand of civilization, there emerges a strong partnership which ultimately overcomes all difficulties and gives hope for the future.

The first 3,000 words of this novel won First Prize in a competition run by Ayr Writers' Club to which I owe a great deal for encouragement and support in my writing.

The photo is of the real Ailsa Craig. 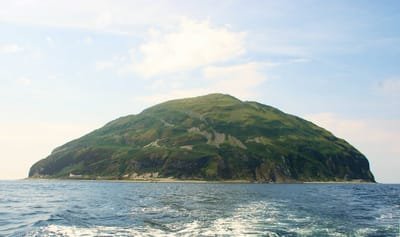