Excerpt 1 from The Gold of Fairy Rock

The passage is from the very beginning of the novel. The heroine has climbed up the cliff in order to take seabirds' eggs.

Clodie’s fingers were dug securely into a crevice of the cliff so she permitted herself a quick downward glance at the sea. It was swollen, opaque, heaving menacingly right up against the rock face. What made it green like that, though? It made her think of one of those bright green shiny bags that washed up sometimes, but in this case with a monster inside, struggling feebly. Or a big fish in its death throes.

But there was a job to do. She had to do it quickly and efficiently because no-one must ever know how much it cost her in terms of sheer nerve and plucked-up courage or they would deem her incapable and start expecting her to do other things, and then she would be lost. She was Clodie the Cliff. That’s who she was and people always lived up to their epithets. It was how they were. 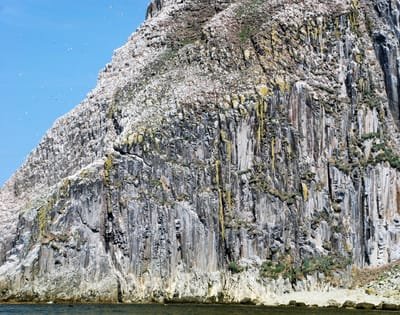